A Unit of Dhamangaon Education Society

A Unit of Dhamangaon Education Society 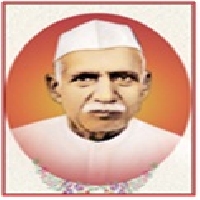 D.E.S. was fortunate to work under the eminence and proficiency of Late Shri Laxminarayanji Agrawal, the former President and the acknowledged Architect.

His unremitting efforts and unrivalled contribution to the worthy cause of education enabled the Society to experience new heights of academic glory. He always believed in and nurtured the philosophy of accepting a child from the swinging cradle and returning it to the society in the form of a cultured youth only after its complete educational metamorphosis. With a view to materialize this concept, the Society has gradually expanded its hectic academic activities and opened institutions taking care of all stages of education right from pre-primary to post graduation and technical education. Thus, making a modest beginning with a small Middle School in its formative years, the Society over the years has assumed the proportion of a full-fledged educational complex. Presently, the Society through its network of 15 institutions has been making honest efforts to cater to the educational needs of about six thousand students of this region. It needs to be specially mentioned that the Sanskrit Vidyalaya run by the Society is striving for the promotion and teaching of Sanskrit which is believed to be the supreme source of Indian culture.

Having regard to the fact that education plays a key role in bringing up the social structure of the nation, Late Shri Shrinarayanji Agrawal, a yogic man by practice known for his prudence, unparalleled devotion and dedication and above all, his simplicity sowed the seed of Dhamangaon Education Society way back in 1914. He was inspired in this endeavour by his contemporaries, Late Shri Jamnalalji Bajaj and Late Shri Shrikrishnadasji Jaju. D.E.S. thus perhaps happens to be the oldest and pioneering institution in the Vidarbha region rendering yeoman’s service to the cause of education in a small town of Dhamangaon and adjoining rural areas of Amravati district.

I am well familiar with the close association of so many years of Respected Shri Alsidasji Rathi alias Babuji with D.E.S., a fatherly figure, apart from being its immediate ex-President and now the senior executive member. He has always been a source of inspiration and guidance for us. His unrivalled contribution in the growth of the Society has experienced new heights. I shall ever hold him in high reverence and shall carry his debt of gratitude joyfully.

After the sad demise of Shri Laxminarayanjii Agrawal on 9th June 1988, Shri Narayandasji Bhattad served the Society as its President from 1988 to 1991. During his Presidency, the Society in 1989 entered 75th year of its fruitful existence and therefore had the distinction to celebrate its Platinum Jubilee.

In November 1991, Shri Alsidasji Rathi, the then Secretary of the Society took over as its President and continued till November 2000. His ability to act decisively and readiness to work efficiently helped the Society to make great strides during his term of Presidency. He was mainly instrumental in providing sound financial base to the Society.

During 2000, the then President, Shri Alsidasji Rathi and the members of the Society unanimously decided with an earnest feeling to entrust its leadership to the youths. Consequent on this decision, Shri Sharadkumar Agrawal, a dynamic personality having intrinsic interest in the field of education along with his young executive associates, having been elected unopposed, assumed the reins of D.E.S. on 17th November 2000. Thus following in the steps of their elders and cherishing the ethical values accepted by them, the young office bearers are determined to bring about the conspicuous progress of the institutions of the Society.

It is our prime objective to pursue excellence in our work by synergizing the efforts of all of us. There had been plenty of activities and ample to look forward to. I am confident that with the support and active co-operation of all, we shall be able to rise to the occasion to meet the future needs and challenges of the academic circle.

Though the students seeking admissions to the institutions of D.E.S. are mostly from rural background, their performance in various examinations on most of the occasions is encouraging and at times, even exemplary. Their participation in social, cultural, sports, literary and such other activities does have a qualitative aspect with a winning edge. A good number of students of the Society have brought laurels to their respective institutions by their participation in National and State level competitions. The Society enjoys the rare distinction of having teachers who are recipients of Rashtrapati and State Awards for their academic excellence. The Society has pioneered a few educational programmes and adopted healthy administrative practices in its institutions. Since 2003, the Society has instituted Excellence Awards for its employees on lines similar to those of Central and State Governments.

The Society has received from time to time generous donations from its well-wishers, patrons, philanthropic donors and promoters. The Society expresses its indebtedness to all of them for their munificence.

The high academic competence and trustworthy reputation earned by the Society need to be attributed to the tireless and conscientious efforts of great visionaries of the yester years. Their missionary zeal, enthusiasm and dedication to the cause of education are always an inspiration to all of us.